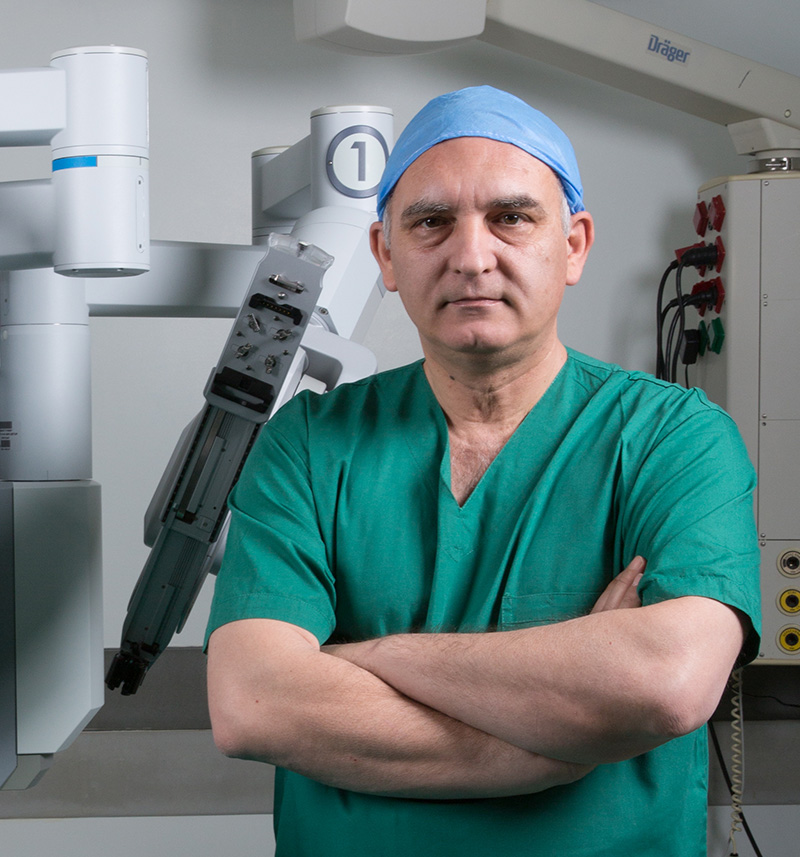 He was born in Trikala. He got his Medical degree (1993) and the Urology specialty (2002) at the Medical School of the Aristotle University of Thessaloniki (AUT).

He received his PhD on the topic ‘Heamodynamic disorders in penile curvatures’ (2007) with a perfect mark from the Medical School of the AUT.

He took further training for one year (2003) and became a specialist in Laparoscopic Surgery of the Renal System at the University Urology Clinic in Leipzig (Germany), with a scholarship by the Board of the European Urological Scholarship Programme (EUSP) Clinical Fellowship.

Dr. Athanasios Bekos worked as a Specialty at the 2ND University Urological Clinic of the AUT, connecting his clinical work with the first successful laparoscopic radical prostatectomy in Greece (Papageorgiou Hospital). He also contributed in the organisation of the Endourology-Laparoscopy department of the Clinic.

He specialised and received certification on robotic surgery in urology.

Dr. Athanasios Bekos has a private practice in Thessaloniki as a Urologist surgeon, connecting his name with the first robotic inguinal lymph node dissection in Europe for the treatment of locally advanced penile cancer (it was presented in the International Conference of Robotic Surgery in Cyprus), and with the first robotic surgery for localised prostate cancer on live broadcast (it was presented as a training seminar in the Macedonian Urology Symposium).The work of the teams he was a member of has received twice the 1st award in international conferences.

He also specialised and he was licensed to perform ultrasounds on the organs of his specialty by the Ministry of Health (9/6/2003 MDα/ΓΠ 42804) and in andrology (Reproduction and Sexual Health Centre-AUT).

Mr. Bekos undertook many research protocols within the framework of the University Clinic’s operation of the Papageorgiou Hospital.