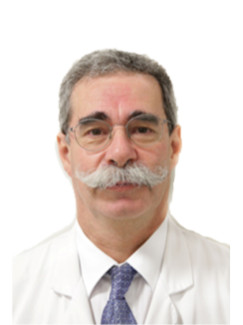 Jean-Marie Hervé graduated from the Medical School of Paris where he also obtained his specialty as urologist. Since 1990 he works at the Foch Hospital with main specialty since 1992 the laparoscopic surgery for urology, making him one of the protagonists the world over. Since 1998 he is developing laparoscopic surgery techniques for the treatment of prostate and kidney cancer and cancer of the bladder. In 2010 he described techniques for continence using the Da Vinci robot, as well as ways to retain the neurovascular bundles for maintaining erectile function after a radical prostatectomy.

In the 2011 Macedonian Symposium, together with Mr. Andreas Andreou he participated in the presentation of a robotic radical prostatectomy on live broadcast in the symposium hall and during the same year he operated live at the French Conference of the AFU demonstrating his surgical technique.

In total Dr Jean-Marie HERVE has performed 3000 procedures for prostate cancer and he is considered one of leaders of the field in France.

He is Mr. Andreou’s mentor and an excellent associate of the U4U team for selected cases.